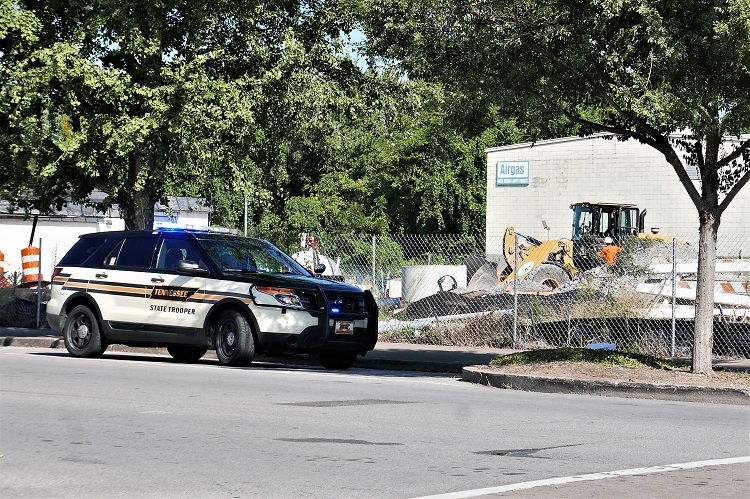 (MURFREESBORO) There was an unusual two-vehicle fender bender that occurred shortly before 10:00 o'clock Friday (9/7/2018) morning on West Main Street, near Front Street.

Rutherford County Sheriff's spokesperson Lisa Marchesoni told NewsRadio WGNS, "The Sheriff's van was transporting prisoners to court when struck by another vehicle at West Main Street and Front Street. Three inmates complained of injuries and were treated by the Detention Center medical staff."

The Tennessee Highway Patrol is investigating.

Ironically, the accident occurred in front of the old Rutherford County Jail that was built in 1887, improved in 1962 and used until moving to the new high rise complex on the New Salem Highway in 1988.