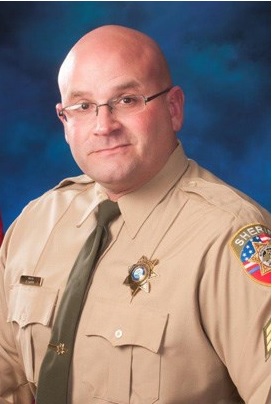 Rutherford County Sheriff Sergeant Todd Hammond submitted his letter of resignation, effective December 4, 2016. He was one of two officers summoned to an alleged domestic call at Sheriff Arnold's home on Labor Day evening.

Officials say that cell phone communication was used to call Hammond to the sheriff's Osborne Lane home that evening. It did not go through dispatch, and there were no incident reports filed.

As a result of the domestic incident, US Magistrate Judge Alistair Newbern revoked the bond of Rutherford County Sheriff Robert Arnold, he was handcuffed in the courtroom and led away.

Arnold is incarcerated at the Grayson County Detention Center in Leitchfield, Kentucky, and will remain behind bars until the results of his federal court case.