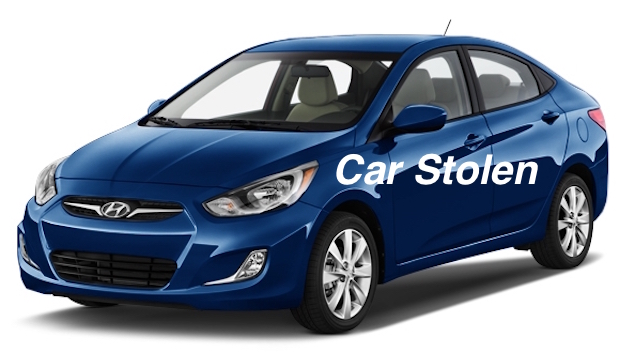 What the victim thought was someone helping to unload the car turned into a way to steal her car. The victim told Murfreesboro Police around 8 o'clock Monday night, a man standing outside the apartment complex offered to help her haul in items from her car. When they were done, the 26-year old victim says she laid her keys on a table in her apartment while the suspect left.

It wasn't until around 1 o'clock Tuesday she went looking for her keys and couldn't find them and then discovered her car was missing. The called Hertz Rent-A-Car, since the 2015 Hyundai Accent was a rental. She then called police.

The suspect, as described by the victim, was about 5-7, with short, dark colored curly hair and possibly of mixed race. He was wearing a black hoodie, dark blue jeans and white sneakers.