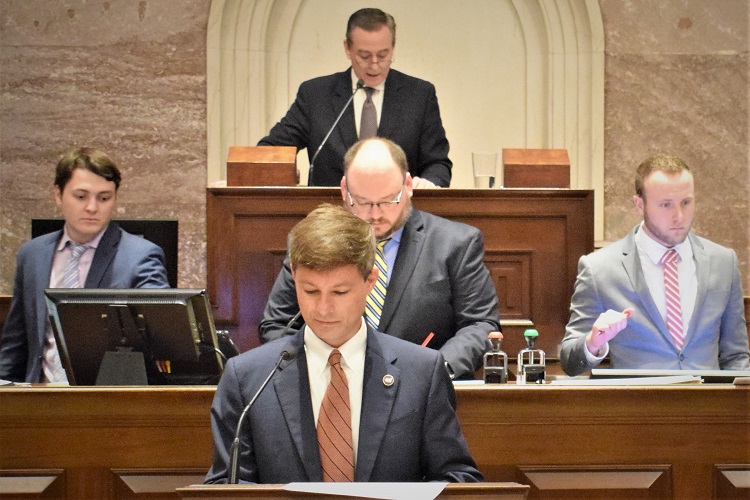 The measure -- which is part of Governor Lee's legislative package this year -- eliminates the amusement tax on small gyms, fitness studios, and similar entities across Tennessee. It levels the playing field for these facilities so they can compete against their larger counterparts, which obtained an exemption from this burdensome regulation in 1986.

Currently, Tennessee ranks in the bottom five states for obesity and fitness. The overall goal of this initiative is to promote a healthier workforce, reduce obesity, diabetes, hypertension, and improve the overall quality of life for the citizens of this state.

"I appreciate the Governor and House leadership for asking me to serve as co-prime sponsor of this legislation that tosses the gym tax," said Representative Baum. "House Bill 1138 will not only support our smaller gyms and fitness facilities by increasing their business, it will lead to better health outcomes in cities and towns across Tennessee."

Traditionally, the Governor's legislation is sponsored by the House Majority Leader or the Assistant Majority Leader. Because Representative Baum has focused on supporting small business, eliminating burdensome regulations, and enhancing the overall health of Tennesseans, he was the ideal person to handle all details related to passage of this important measure.

"Representative Baum has already demonstrated he is a champion for small business during his first few months in our General Assembly," said House Majority Leader William Lamberth (R-Portland). "He did a great job guiding this legislation through the House, and I am grateful to him for all of his hard work."

"House Bill 1138 not only benefits our small businesses, it will have an incredible impact on the well-being of our citizens," said Assistant Majority Leader Ron Gant (R-Rossville). "Congratulations to Representative Baum on getting this initiative passed, and I appreciate his dedication and his service to Tennessee."

Charlie Baum serves as Deputy Whip for the 111th Tennessee General Assembly. Baum is also a member of the House Education, and the House Finance, Ways, & Means Committees, as well as the House Curriculum, Testing, & Innovation Subcommittees. He lives in Murfreesboro and represents Tennessee House District 37, which includes a portion of Rutherford County. Baum can be reached by email at: Rep.Charlie.Baum@capitol.tn.gov or by calling (615) 741-6849.