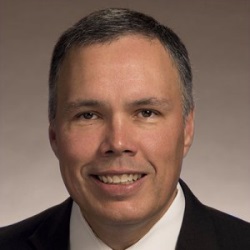 Rep. Bryan Terry, MD, who prides himself on citizen outreach, is slated to speak to Rutherford County's younger generation at two separate events in the coming weeks. On Tuesday August 30, he will be addressing the MTSU College Republicans. Then, on October 15 he will speak at the Urban Educational Youth Leadership Conference at Patterson Park. Both events present opportunities for students to learn about leadership and community involvement.

The MTSU College Republicans are kicking off their 2016-17 school year with the event to encourage other MTSU students to become involved in their organization. Rep. Terry is headlining the event entitled "Tuesday with Dr. Terry: College Republicans Interest Meeting" which will include information from the group about their organization, a lecture presented by Dr. Terry on the importance of civic involvement, especially by younger individuals, and a concluding meet and greet.

"I frequently hold events entitled 'Tuesday with Dr. Terry' to provide citizens with updates and to encourage their participation in community issues. This is a perfect opportunity for students or other members of the community to come out to network and learn the importance of exercising one's civic authority," stated Rep. Terry who is one of but a handful of self governance trained legislators nationwide. "Self governance is about individual control of government as opposed to control by bureaucracies and crony capitalists. It's the ultimate in grassroots involvement and representation of and by the people," he explained.

Rep. Terry has previously co-sponsored legislation for MTSU students and stated that he has already been contacted by a MTSU student about a collegiate issue that may involve legislation in 2017. He said he has been researching the issue and has already contacted legal services at the Capitol to determine potential options. In 2015, he co-sponsored the Racial Profiling Prevention Act in conjunction with MTSU students. "I think it is important for our students to know that they have a voice at the Capitol, and someone willing to listen," explained Terry.

The Urban Educational Youth Leadership Conference will be celebrating it's 15th year in existence. Having previously sponsored children for the event, this year Dr. Terry has been asked to speak to the participants. The theme this year is "Greater is Coming II" and Rep. Terry is slated to speak about steps one can take to be an effective leader and the attributes our youth should look to attain to be effective leaders.

"I'm looking forward to the opportunity to reach out to the participants and teach them some life skills about leadership and how to be a positive role model. Whether it is coming from a parent, a coach, a teacher, a pastor, or even an elected official, providing students with soft skills can help them improve in school and in the other challenges in life. I'm excited about the opportunity to hopefully make a difference," said Rep. Terry.

The Urban Educational Youth Leadership Conference will be held October 15 from 9:00 AM until noon. More information can be obtained by contacting Vular Anderson at coeventplanning@yahoo.com.