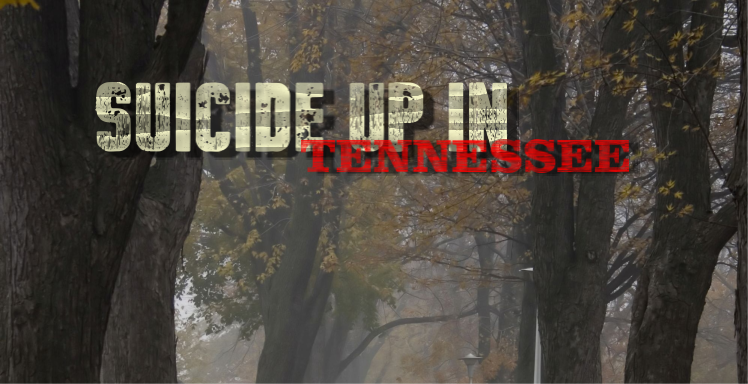 "One suicide death is too many," says Scott Ridgway, executive director of the Tennessee Suicide Prevention Network. The public-private partnership responsible for reporting findings cites an almost 55 percent increase in suicides among children ages 10 to 17 in the last three years.

The new report, in collaboration with the Tennessee Department of Health and the Centers for Disease Control, analyzes suicide demographics to share with mental-health professionals, lawmakers and the public.

While there's no single reason for a person taking their own life, Ridgway says children's exposure to "mature concepts" should be a concern.

"We're seeing younger kids think about suicide and part of that is, is that they are exposed to social media, they are watching stuff on TV," says Ridgway. "There's a lot more exposure."

Experts say it's unclear how big a role social media plays in suicide attempts, but a 2016 study ties online bullying to increased anxiety in young adults. The National Suicide Prevention Lifeline is open 24 hours a day, at 800-273-8255.

Ridgway says helping to identify the root causes of kids' anxiety could be the key to preventing suicide. His organization is offering free training for community, faith and civic groups focused on listening and compassion.

"If they're dealing with some stress in their life, instead of us just saying, 'Oh everyone's dealing with that,' what we need to do is kind of find out what's the root of what's going on in that child's life," says Ridgway.

He adds for every number and rate in the "2019 Status of Suicide in Tennessee" report, a family member, loved one, neighbor, co-worker or friend left behind is also suffering.

Ridgway says mental-health professionals no longer believe that people who talk about considering suicide aren't "truly serious" or are just trying to get attention. He says it's now clear that these cases should be referred to professionals.

"Take every sign seriously when it relates to suicide," says Ridgway. "So, when a child says, 'I am thinking about killing myself,' instead of them saying that they're 'attention seeking,' we really need to focus on yes, they're seeking your attention."

Every day, three Tennesseans take their own lives. For help or to learn more about the suicide prevention training, look online at 'tspn.org.'