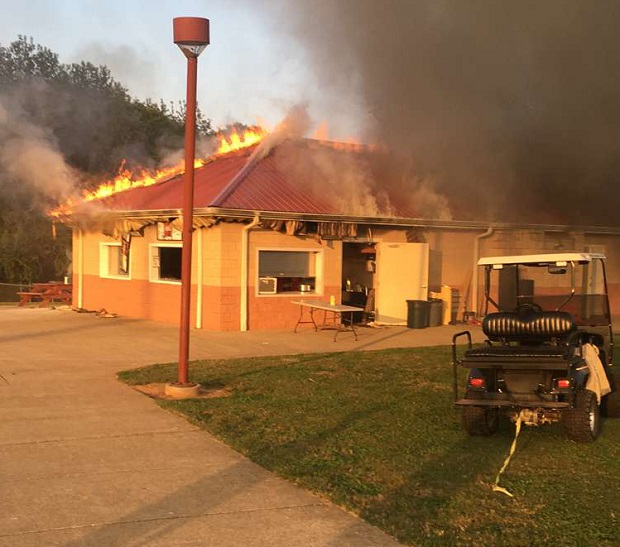 As Riverdale was preparing to take on Oakland in freshman football action, the concession stand caught fire:

Jeff Milstead called NewsRadio WGNS just after 5:30pm Monday to tell us about the fire. There was thankfully no one hurt as concession stand workers were grilling for the fans at the game.

The structure went up quickly and suffered moderate damage. The building also housed the electrical panel for the football field lights. That forced the freshman game to be moved to Oakland.

Murfreesboro firefighters from District 2, and District 1 responded. When the first companies arrived, they found flames coming through the roof. According to Acting Battalion Chief Lehew, crews quickly put out the fire.

Lehew states that it appears the fire is unintentional due to a grease fire while cooking. There were no injuries and the Fire Marshal's Office is conducting a routine investigation.

Between freshman, junior varsity and middle school football on the field in the fall, it's used most every night. The varsity football team doesn't have a game until September 29th at the facility.