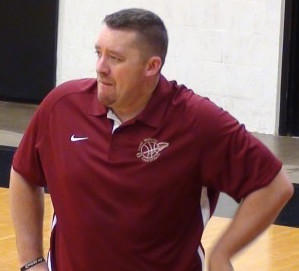 Riverdale girls basketball coach Cory Barrett has resigned. He'll also be leaving the school as P.E. teacher at the end of the year. Barrett was coaching the Lady Warriors during the 7-AAA consolation contest that involved his team and Smyrna attempting to throw the game.

Barrett and Smyrna girls coach Shawn Middleton were suspended for a year by Rutherford County Director of Schools Don Odom. Their teams were also removed from postseason play and fined 15-hundred dollars by the T-Double-S-Double-A.

The suspension of the coaches for a year creates a void that's hard to fill. Someone would have to be appointed interim coach for a year. That could come from someone inside the school already teaching. It could also be someone hired at the school that could fill an open teaching position. However, it would be difficult to find a person who could teach an unspecified position and only be guaranteed a year as the coach.

Despite some reports that said Middleton was no longer the coach, that determination has not been made by Smyrna officials.

PREVIOUS COVERAGE OF THE STORY