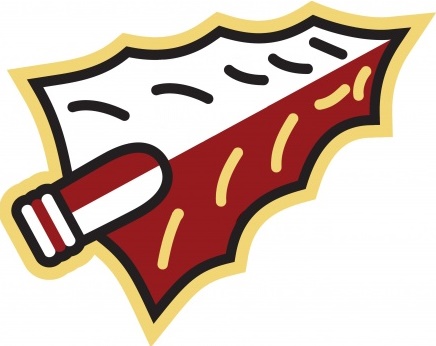 Riverdale's girls completed an impressive run in the Region 4-AAA tournament Wednesday night by holding off Stewarts Creek 51-48 in the championship game.

The No. 3 seed Lady Warriors and No. 4 seed Lady Red Hawks battled to the buzzer before Stewarts Creek's Brianah Ferby missed a desperation shot at the at the end that would have tied the game.

The victory means Riverdale, which defeated top-seeded Blackman Monday, will host Cumberland County on Saturday night at 7, while Stewarts Creek will travel to Bradley Central (6 p.m.) in Sectional games.

"Stewarts Creek is a gritty team and they play hard the whole game," said Riverdale coach Randy Coffman. "But our girls did the same thing tonight and came out with the win.

"It was a big win coming off what we did on Monday (beating regular-season champion Blackman), and I'm proud of what they did. We didn't have our A game, but we grinded it out until the end."

Stewarts Creek started strong, building a 14-9 lead with 6:18 left in the second quarter, but the Lady Warriors held the Lady Red Hawks to just four points in the second stanza and took a 19-14 advantage at the half.

"We knew it would be a tough game," said Riverdale junior and Miss Basketball finalist Anastasia Hayes, who had 15 points. "Our defense got us going. It's a great feeling. This was one of our goals and we're excited."

Alexis Wiggington led Riverdale with 21 points and was named to the All-Tournament team along with teammates Hayes and Brinae Alexander.

Stewarts Creek got 16 points from Brianah Ferby and Jasmine Smith and 10 from Brandi Ferby . Both Ferby twins made the All-Tournament teams as well.

"We will leave this in the locker room and get ready for Saturday," said Stewarts Creek coach Lindy King. "Hopefully, we'll play Riverdale again for the state championship."

Riverdale led by 10 points, 38-28, at the end of the third quarter and scored quickly to start the fourth to go up by 12.

However, the relentless Red Hawks roared back and cut the lead to five points, 45-40, with 4:44 remaining. Stewarts Creek got as close as 48-46 with 1:50 left after a Riverdale turnover, but Brianah Ferby's 3-point attempt rimmed that would have given the Lady Red Hawks the lead rimmed out. Riverdale then hit 2 of 4 free throws in the final seconds to preserve the victory.