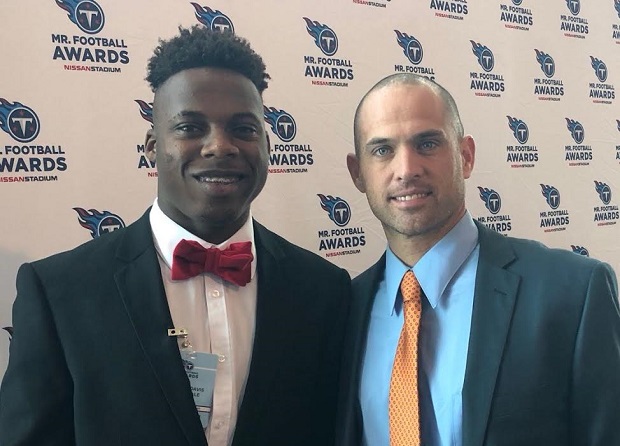 Riverdale running back Savion Davis is this year's Class 6A Mr. Football winner.

The Warrior's senior rushed for over 17-hundred yards and nearly 30 touchdowns this past season.

Oakland kicker Aaron Sears was a kicker of the year finalist this year as well. Blackman kicker Thomas Burks was a semifinalist.

There were other semifinalists from Rutherford County this year. In Class 2A, Eagleville's Ethan Cobb.
In Division Two, from Class A, Middle Tennessee Christian School's Kemari McGowan.

The 2017 Tennessee Titans Mr. Football Awards were presented to the top football players in nine classifications of the TSSAA Monday at Nissan Stadium in Nashville.