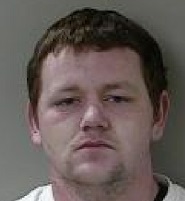 An armed robbery in Murfreesboro that was under investigation by the police department turned into a drug deal gone bad. The incident took place in the Old Fort Parkway area in the parking lot of In Town Suites.

Evidently, the man who went to the hotel parking lot to buy drugs told police the alleged drug dealer pulled a gun on him and stole a cell phone, knife and $10 in cash. The reported drug dealer then went to his hotel room. Minutes later, he was spotted by police and questioned.

As it turns out, the gun used in the reported crime was stolen. The handgun and a shotgun were found in the hotel room. The drugs in question were said to be flushed down the hotel commode.