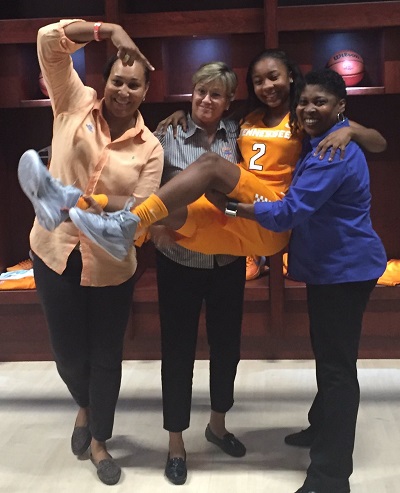 Lady Warrior Anastasia Hayes will play her senior year for the Lady Warriors with her mind made up where she'll hoop in college. The 2016 Miss Basketball finalist announced over the weekend her commitment to play at the University of Tennessee. She took to Twitter to thank the colleges who'd "invested time" in her but she'd decided she wanted to be a Lady Vol.

Hayes helped lead the 2016 Riverdale girls to the Class AAA state title. She's rated the number two point guard prospect in the nation by one recruiting publication and the sixth overall highest recruit in the 2017 class.

Anastasia will join former Riverdale standout Alexa Middleton and former Blackman star Meme Jackson on the Lady Vols team. Hayes zeroed in on the Lady Vols after visiting Knoxville over the weekend. They were among six SEC schools she was considering.