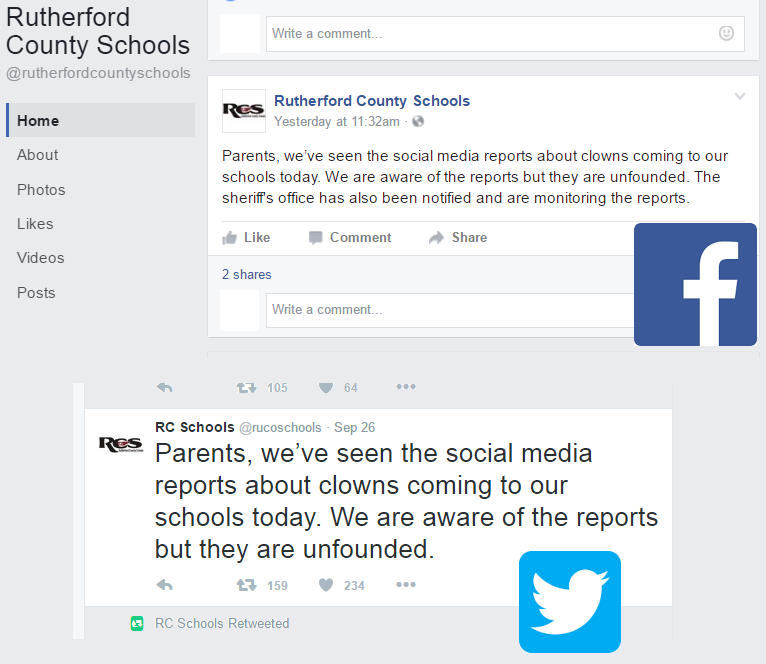 Rumors were reported to the Rutherford County School System about subjects dressed as clowns hurting or visiting local high schools were found to be just that, rumors.

James Evans, the spokesperson for the county schools, told WGNS on Tuesday afternoon, "There were rumors on social media yesterday that said some of our schools were going to be visited by a clown. We notified the sheriff's office but they determined the social media posts were not credible."

The school system posted information about the allegations on Monday in their social media account, according to Evans.

Warning from the TN Dept. of Safety & Homeland Security:

The Tennessee Department of Safety & Homeland Security is asking parents to be on the lookout for people dressed as clowns.

The department sent a tweet about the issue on Saturday, as did the Tennessee Highway Patrol.

According to officials, these could actually be child predators.

Last week, a Coffee County teenager claimed he was attacked by someone dressed as a clown.

Anyone who sees a suspicious clown in their area should call 911 or *847.