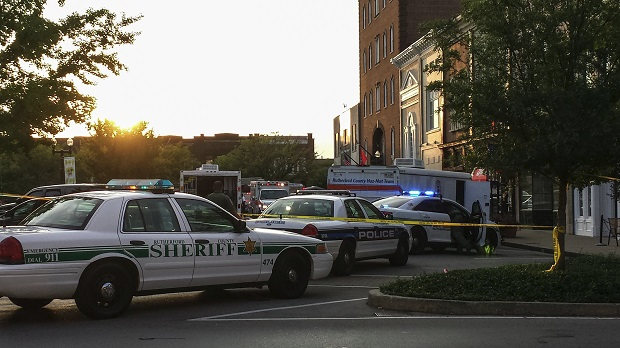 Citizens can ride with a sheriff's deputy and learn about forensics during the spring class of the Sheriff's Citizens Academy.

The free class details the operations of the Sheriff's Office ranging from aspects such as patrol stops, investigations, drugs, detention, warrants, communications, or special services such as the Felony Arrest Search Tactical Team, said Sgt. Jimmy Cassidy who coordinates the academy.

Applications are available online at the Sheriff's Office's Web site at www.rcsotn.com, go to Community Services Unit and click on the Sheriff's Citizens Academy link or by contacting Sgt. Cassidy at 615-904-3019 orjcassidy@rcsotn.org.

Citizens must be age 18 and either live or work in Rutherford County.

What is the Smyrna Citizens' Police Academy?

Police Departments across the nation have adopted the "Community Policing" philosophy. Locally, the Smyrna Police Department has implemented different ways of working more closely with citizens on problem-solving in the community.

The Citizens Police Academy will provide participants with an opportunity to gain a broad perspective of the police profession. The twelve-week Academy is designed to give citizens an overview of the department's functions and procedures, while providing a forum for the exchange of ideas and concerns relating to the community. However, be aware the Academy is not designed to train the participants to perform any law enforcement services.

Classes for the 2016 CPA will begin Thursday, February 4th and meet every Thursday thru April 21st from 6:00pm - 9:00pm. Classes will be taught by department personnel and guest instructors. Participants are encouraged to express ideas, concerns and questions about any aspect of the department's operations.

Some of the topics covered in the Academy: