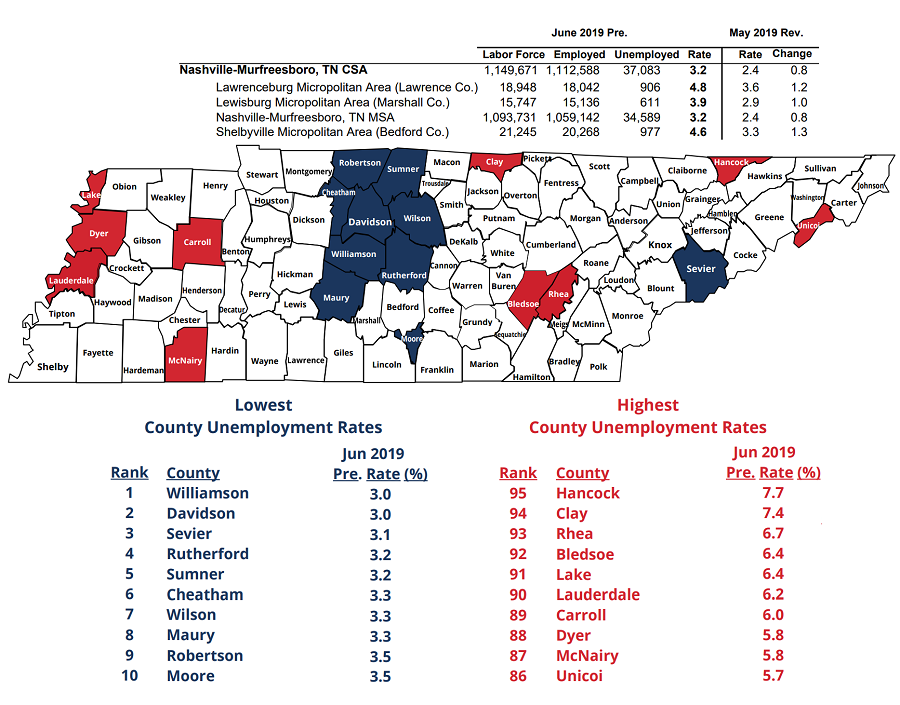 Sevier County in the Smoky Mountains had the second lowest unemployment with 3.1 percent.

Sumner and Rutherford counties tied for third-lowest rate with a rate of 3.2 percent, which is up by 0.8 of a percentage point in both counties.

"No one likes to see unemployment increase in every county across the state," said TDLWD Commissioner Jeff McCord. "But the rates typically increase this time of year because we see a lot of seasonal unemployment during the summer months, mostly because school is not in session."

Tennessee's statewide unemployment rate also experienced an uptick in June. The current statistic is 3.4 percent, up 0.1 of a percentage point from the previous month. The state reached its all-time low unemployment rate of 3.2 percent in February and it remained at the level for three consecutive months.

Nationally, unemployment increased from 3.6 percent to 3.7 percent in June.