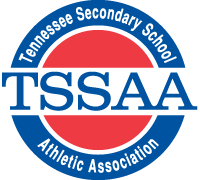 Don't miss out on all of the fun and excitement at the 2014 TSSAA BlueCross State Basketball Championships!  Come to MTSU's Murphy Center to watch hoop action at its finest.  The Girls' Tournament will be played March 5 - 8 and the Boys' Tournament is March 12 - 15, 2014.

The Rutherford County Chamber of Commerce is encouraging local residents to come out and see the best athletes in the state compete for championships in girls and boys basketball.

"It is always an exciting time when the basketball teams and fans are in Rutherford County," said Barbara Wolke, Vice President of the Rutherford County Convention and Visitors Bureau. "The tournaments are not only a great boost to our economy, but also offer some quality family entertainment."