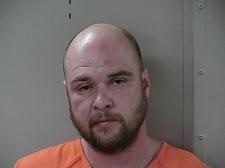 A man who was allegedly caught in the act of a child sexual offense with a minor will appear in court to file a plea this November.

La Vergne Police reported in February that John E. Lamb III was caught in the act with the young child by a relative. When that relative called 911, Lamb left the scene on foot and was later tracked down by authorities and captured.

The 37 year old was wanted by the La Vergne Police Department and the Tennessee Bureau of Investigation for Aggravated Rape and Incest.

Lamb will file his plea before the Circuit Courts on November 29, 2016.

The suspect has been behind bars since February 4, 2016, which meant he spent his 37th birthday on October 1, 2016 in a Rutherford County jail cell.

Lamb will face the following charges: