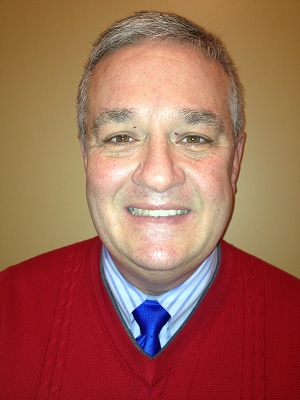 The County Commission race in Rutherford County continues to grow.  Oakland High School Assistant Principal, Tim Roediger, has announced he will be a candidate for the Commission representing the 15th District, in the August 8th election. The 15th District Seat is currently held by Adam Coggin who is running for State Representative in the 48th District.

Roediger is a strong proponent of public education. “I am an educator and believe in public schools. I would oppose any attempt to spend public tax dollars on privatizing public education.  I do not support charter schools or vouchers for private schools.  I endorse the resolution adopted by the county Board of Education on February 20, 2014. The leadership of the Board of Education and chairman Terry Hodge has been exemplary on these issues”, he states.

“Rutherford County’s population has reached a projected count of 290,223 citizens and it won’t be long before that number surpasses 300,000. I want to help manage this explosive growth. People move here because it is a great place to raise a family and start a business. Let’s keep it that way. Essential services need to be adequately funded with a watchful eye on expenditures.  The decisions made by the county commission in the next four years will impact the future of Rutherford County for a very long time”, said Roediger.

Roediger is a graduate of Middle Tennessee University earning M.A. and Ed.S. degrees in education.  He also has earned degrees at Murray State University (KY) and the University of Adelaide (Australia) where he attended on a locally sponsored Rotary International Scholarship.  Roediger currently serves on the Murfreesboro Parks and Recreation Commission which oversees the operations of the award winning Parks and Recreation Department.

Rick King, CFO for the General Council of Finance and Administration of United Methodist Church, will be serving as the treasurer for Tim’s campaign. “Having Rick King as campaign treasurer is a great asset, he appreciates a balanced budget as much as me. He is an old friend and valued member of my team.” said Roediger.

Roediger and his wife, Sara, a Media Specialist at John Pittard Elementary School, have three children.  Tyler is a MTSU underclassman, Trent is a senior at Oakland High student and Mattie attends Oakland Middle School. They are members of St. Rose Catholic Church.