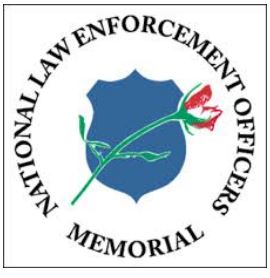 A Rutherford County constable who died in the line of duty in 1878 was memorialized this year on the National Law Enforcement Officers Memorial in Washington, D.C.

Constable Abner Dement, who was shot by a suspected horse thief Aug. 19, 1878, was formally remembered during the 30th Annual Candlelight Vigil Sunday night during National Police Officers Week in Washington.

"We are comfortable in saying that Abner Dement was a constable in Rutherford County and that he did succumb to the wounds he received during the performance of his duty," Fitzhugh said in a letter to a memorial research manager.

"It was both an honor and privilege for me to research the history of Constable Dement," Grissom said. "We are honored to memorialize such a deserving individual on the wall for all to see and remember."

"Upon entering the house, Constable Dement said, 'Pink, you are my prisoner,'" the newspaper reported.

Bell replied, "Who are you? Hold on" and retreated to a wall.

"Here, he shot Dement through the stomach," the newspaper reported.

Dement turned to Haynes and said, "I am shot." Haynes fired five rounds at Bell, shooting him in his arm and hand. Bell was arrested and denied shooting Dement.

Physicians who treated Dement believed his wounds would be fatal. On his death bed, Dement urged his friends not to lynch Bell but to prosecute him according to law. Dement died Sept. 7, 1878. More than 3,000 people attended his funeral.

"He was highly esteemed by a large circle of friends and acquaintances, who mourn his untimely death," the newspaper reported.

Two days after Dement's death, some of his friends shackled Bell and hung him on Halls Hill Pike.

Details of the deceased: