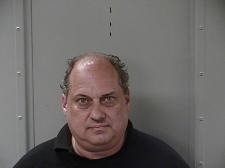 A sealed indictment landed a 51 year old Smyrna man behind bars. Kenneth Klyver was indicted for allegedly possessing over 25 images of child pornography.

Reports indicate that when he learned that he was under the eye of law enforcement, he tampered with or destroyed evidence, which secured him the additional charge of "Tampering, Destroying or Fabricating Evidence."

Note: The case was investigated by the Smyrna Police Department.