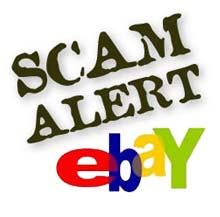 A South Rutherford Boulevard woman is the latest victim in an Ebay scam. She reported to Murfreesboro Police Saturday she found a car she wanted to buy on Ebay. She stated she transferred 25-hundred dollars to a Green Dot card for the purchase. The 24-year old hasn't heard anything from the seller and even contacted Ebay, which reported no such transaction. Murfreesboro Police detectives are investigating, but officials warn anyone from making a purchase on a Green Dot card.