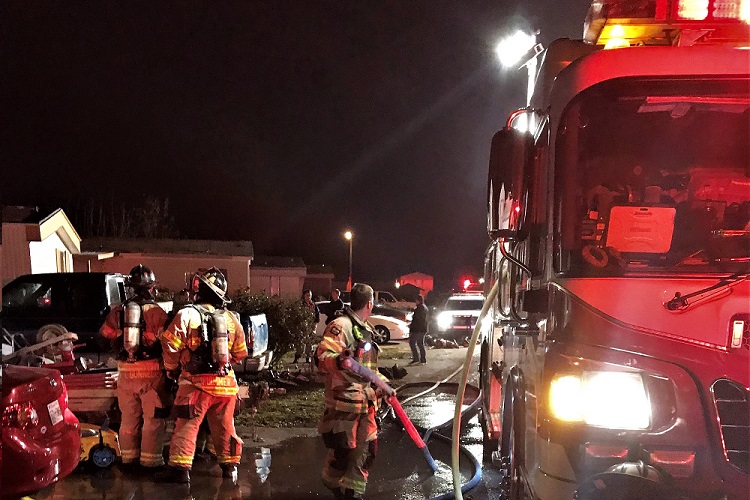 Crews were able to see flames coming from the unit upon arrival. Fortunately, everyone was out and unharmed.

According to Battalion Chief Brian Lowe, firefighters were able to get the fire extinguished quickly. However, a total of five people (2 adults and three children) will be displaced.

The American Red Cross is assisting the family.

Chief Lowe said the fire appears to have started in the bathroom, but the cause is undetermined at this time.

The Fire Marshal's Office was called to the scene to conduct a routine investigation.