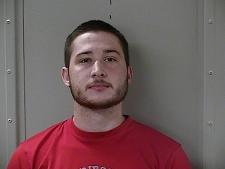 A bag of what was believed to be cocaine was found along with marijuana and multiple drug paraphernalia items during the recent execution of a search warrant in Murfreesboro.

Police went to the home of 20 year old Cameron Lee Vaughn on Tuesday (7/31/18) where they found the reported drugs. During their visit to his Grantland Avenue home, they also found digital scales and a vacuum sealer. All of the items were seized as evidence in the case accusing him of manufacturing, delivering or selling illegal drugs.

Vaughn will appear in court on September 27, 2018. He is currently free on bond.