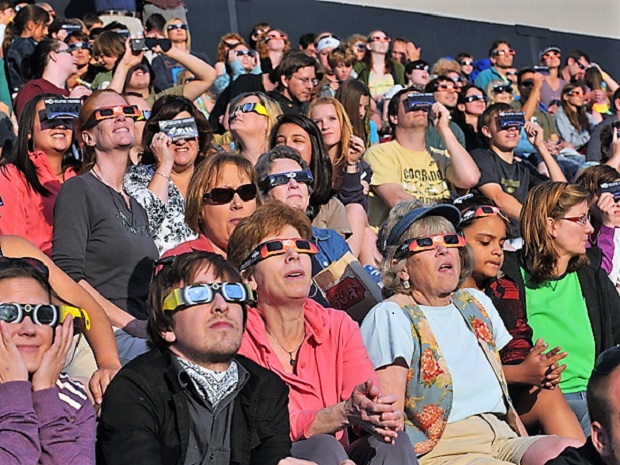 Linebaugh Public Library has joined more than 1,000 libraries across the country to participate in the celestial event of the century, the August 21, 2017 Solar Eclipse. During this national event, the shadow of the moon will sweep across the United States in a narrow band from the Pacific Ocean to the Atlantic Ocean in a spectacle that hasn't occurred in decades. In fact, the last total solar eclipse for the United States was nearly 40 years ago. The rest of the U.S. and North America will see a partial eclipse, with the Moon covering up only part of the Sun. It is aptly named the Great American Eclipse.

This will be a great opportunity for the community to celebrate science, with a fun, hands on experience on August 21 beginning at 1:00 pm on the city plaza.

"We are proud that Linebaugh will participate in this national program," said Mindy Barrett, Youth Services Specialist. "We have joined the STAR Library Education Network (STAR_Net) and its NASA@ My Library initiative, which are providing resources, including viewing glasses and STEM activities to libraries across the nation related to the eclipse. We think people of all ages and backgrounds will find the solar eclipse to be an experience they will remember the rest of their lives."

Partners include NASA, the American Library Association, and many other organizations. This project was made possible through support from the NASA Science Mission Directorate, Gordon and Betty Moore Foundation, Google, and the National Science Foundation.