A capacity crowd of over 21-hundred saw the Oakland and Blackman girls punch their ticket into the region championship game and a sectional berth last (Monday) night. The monstrous crowd assembled early. The WGNS broadcast crew arrived before 5pm and there were people already there who'd claimed their seats at Siegel High School. By halftime of the Blackman / Riverdale girls game, a crowd of several hundred at the door (pictured) and wrapped around the outside of the building were turned away because the gym was at capacity.

Tonight (Tuesday), it's the boys semifinals for Region 4-AAA. Smyrna will battle Siegel at 6, followed by Blackman versus La Vergne for a sixth time this year afterward. WGNS State Farm coverage begins at 5:50, right after All Sports Talk. Check out WGNSRadio.com for stories, photos and podcasts from last night's games.

LINKS:
Blackman Beats Riverdale; There Will Be New State Champion

Oakland Girls in Region Finals For First Time Since 2005 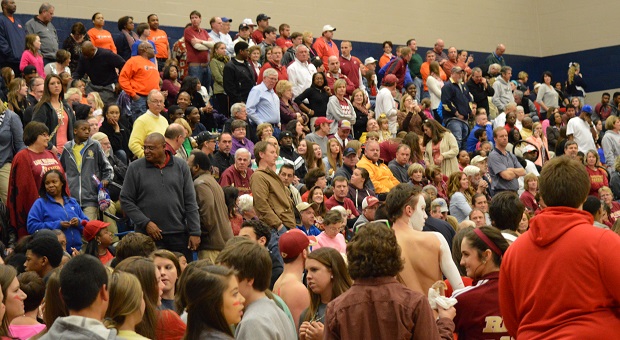