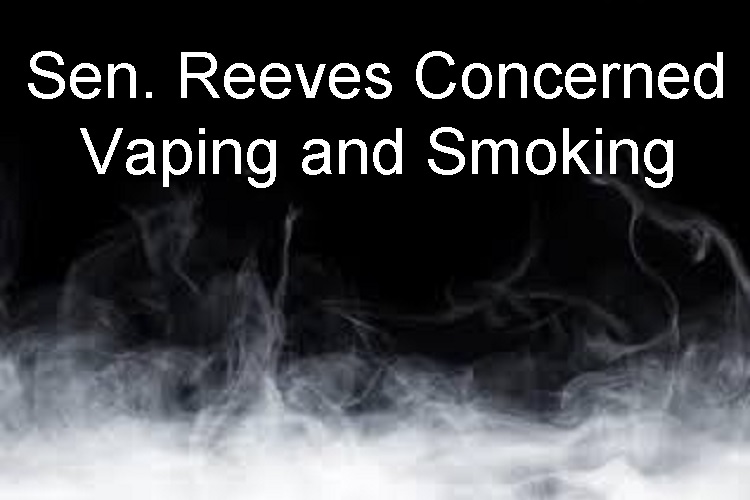 (MURFREESBORO) State Senator Shane Reeves noted that the General Assembly will meet in a joint session in the Tennessee State Capitol on Monday evening to hear Governor Bill Lee's second State of the State address, where he will unveil his budget proposal for the 2020-2021 fiscal year. Senator Reeves is concerned with the dangers from the public's use of both cigarettes and e-cigarettes.

Passage of a conservative balanced budget that highlights education improvements, job creation, and public safety is a top priority for lawmakers this year and is the only duty prescribed for the General Assembly in the state's constitution.

Senator Reeves commented, "This bill will bring state law into compliance with federal law setting the purchase age for tobacco and e-cigarettes at 21. The bill will also provide additional enforcement power by strengthening penalties on retailers selling to minors and by adding a new licensure requirement. Additionally, we will be bringing parity to traditional tobacco products and electronic smoking devices (vaping products). To offset the loss in revenue from tobacco sales we will include liquid cartridges in the current $.62 per pack tax. These changes will have a dramatic impact on health in Tennessee over the next couple of decades."

The Rutherford County delegation of state senators and representatives are on WGNS on the last Friday of each month to update this community on what is happening in the General Assembly. They also answer questions from the public that are either phoned-in to the radio broadcast or sent via text to 615-893-1450.