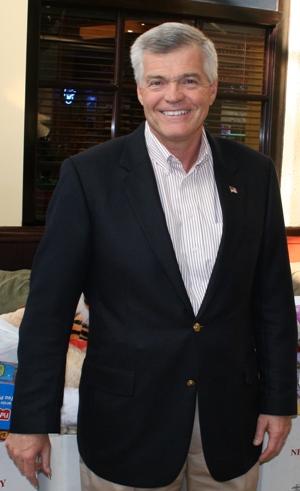 Senate Speaker Pro Tempore Jim Tracy (R-Shelbyville) praised action taken by Governor Bill Haslam Monday (9/18/17) to reinstate federal work requirements for able-bodied adults without dependents in the Supplemental Nutrition Assistance Program (SNAP) that were waived in during the 2008 economic recession. Tracy also applauded the governor's efforts to strengthen the program's integrity and encourage self-sufficiency through legislation to be proposed in the 2018 session of the Tennessee General Assembly.

The move comes after last week's announcement that unemployment in Tennessee fell to an all-time low of 3.3 percent. It also follows legislation sponsored by Sen. Tracy earlier this year to reinstate work requirements waived in 2008. Tracy deferred action on the bill after the Department of Human Services assured him they were looking to eliminate the work waivers as unemployment rates in Tennessee decrease.

"The unemployment rate is at a record low," said Sen. Tracy, "We need to make sure that recipients who are able to work are looking for employment, attending a job training program or fulfilling the other requirements in order to receive SNAP benefits."

"We certainly want to take care of those who are in need," he added. "Taxpayers, however, should not foot the bill for able-bodied recipients who are not trying to gain employment which undermines the integrity and stability of the program."

Presently, 85 of the 95 counties in Tennessee offer waivers exempting citizens from fulfilling certain requirements necessary to receive SNAP benefits. These requirements include working 20 hours per week, volunteering for an approved charitable organization for 20 hours per week, or attending a school or job training program. Under the governor's plan, the state will reestablish work requirements for able-bodied adults without dependents (ABAWD) receiving SNAP benefits (formerly known as food stamps) in 70 counties beginning February 1, 2018. The waiver will remain in 16 counties designated as distressed.

Other reforms announced by Governor Haslam that will be proposed in the 2018 legislative session include: