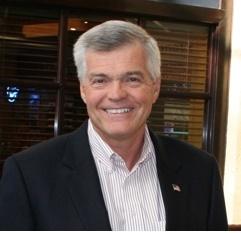 Senate Transportation Committee Chairman Jim Tracy (R-Shelbyville) called for repayment of $280 million raided from the state's highway fund from 2001 to 2007. Tracy said he would submit an appropriations amendment to the state budget upon the legislature's return in January calling for the full repayment of the funds over the next two years.

"We have a covenant with our citizens that the gas tax charged by the state at the pump is dedicated to transportation-related purposes and not something totally unrelated," said Senator Tracy. "It is such an important principle in some states that it is provided for in their Constitutions. This money should have never been diverted for other state government purposes and should have been paid back at the first available opportunity. Instead, we still have a $280 million hole at a time when we are struggling greatly to fund repairs and priority projects. It's past time for these funds to be paid back."

The Department of Transportation only spends the funds that are available through its dedicated revenues, gas taxes and highway user fees, and federal funding. Called "dedicated funding" since users pay for the roads through gas taxes and fees, a portion of the gasoline tax also goes to cities and counties in Tennessee to fund local roads. This dedicated revenue system was put into place when the gas tax was raised to fund the road program.

"It is very important that we keep our dedicated road fund intact in order to maintain our road system at a time when road money is declining," Tracy added. "The shaky Federal Highway Trust Fund, increased construction costs and rising gas prices have eroded Tennessee's ability to keep up with transportation demands. We must restore the money taken from this fund."

"Tennessee must compete in a very competitive economic climate. We need the infrastructure to bring new and better paying jobs to our communities. Repayment of these funds will help in getting priority projects back on track," Tracy concluded.