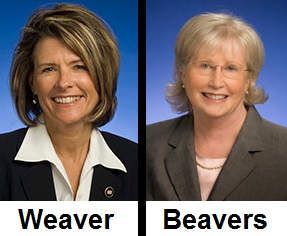 Controversy over Common Core standards is growing at the state and national level creating an issue for legislators to confront.

Complaints range from data collection, teachers and students being under too much pressure in meeting the standards, to a perception by some of a pro-Muslim, anti-Christian attitude in textbooks, among other issues.

State Senator Mae Beavers, speaking at a town hall meeting Thursday in Smithville,TN, said she would like to see the standards banned, reversing approval granted almost four years ago. "I have filed a bill to do away with it. I'm against the federal government telling us what to do with our educational system in Tennessee," said Senator Beavers.

Senator Beavers, who once served Rutherford County up until 2012 when districts were redrawn,  said she is concerned that Common Core is putting too much pressure on teachers and students. "I have a grandson in the city school system in Murfreesboro. They have fully implemented Common Core. He is in Discovery School. They have to test to get in. He was reading fourth grade level in the first grade. He loves learning but he hates school this year because he said all they do is test all day. That's what Common Core is all about. They are constantly testing. The teachers are under a lot of stress right now with Common Core. I hate that for the kids. I have studies that show it damages children in their early years, kindergarten through third grade because of the pressure," said Senator Beavers.

The overall focus of the new standards is to get students to think more critically rather than memorizing facts. State Representative Terri Lynn Weaver (40th District) said she believes it goes too far. "When I was in the third grade, we memorized multiplication tables. My grandson is in the third grade and they are not allowed to do that anymore. They have to show the process. I'm all about analytical thinking but some things you've just got to know. You've got to know what's right and wrong but there seems to be a teaching mechanism here to make it be not absolute," she said.

More News on this Issue:

Representative Terri Lynn Weaver (40th District) said the standards are also unfair to special education students and teachers who are held accountable. "They are demanding that special education kids be at a certain level when those children are never going to be at that level. These children are being prepared to fail and that is not fair to the teachers who are evaluated on the progress of these kids. It's failure before you even start and that's frustrating. I believe we should let the good teachers do what they do best. Let them teach. They know the kids and how to work with them," added Representative Weaver.

Senator Beavers said she also supports legislation to restrict the collection and distribution of student data except for the child's parents. "There are bills to stop the data collection. This data keeps everything on your child. If they ever get suspended for even one day, it's on their record for the rest of their lives. Their first employer will get to see that information. That scares me to death that this data could be going to the federal government. Yet, I've had parents tell me they've gone to school to see their child's work and are told, that work belongs to the Commissioner of Education. We can't let you see it. There's something wrong here folks" she said.

The content of some textbooks is also a cause of concern for Senator Beavers. "I went to a forum in Brentwood last year on Common Core. They had a lot of experts testify about things that were left out of the curriculum. Pearson is the book Tennessee contracts with and we require such a high bond on our textbook companies that come into Tennessee that they (Pearson) are the only ones who qualify. They are the ones we heard parents in Williamson County complaining about with the sex in the books and the pretty much pro Muslim, anti Christianity (referring to) Christianity as a cult. I mean we've heard all kinds of stories about the textbooks. I've read some stuff about the sex that is being taught that is alarming," said Senator Beavers.

Another issue is the cost of developing online PARCC testing (Partnership for Assessment of Readiness for College and Careers). Not only must schools have up-to-date computers and operating systems, they must have adequate bandwidth to accommodate these computers. Additionally, an iPad or other tablet alone won’t work for PARCC testing. Keyboard usage is mandatory with the PARCC system. The Tennessee Department of Education is aware of these issues and is working to address the problem. Still, it could be cost prohibitive for some counties. "My poorest county is Clay County and they are telling me their school system is almost bankrupt already and then you lay this on them. What are they going to do? We can't afford to keep it (Common Core)," said Senator Beavers.

While the DeKalb County School System received some $260,000 in extra money from the state for infrastructure, the district still needs more than $320,000 to purchase all the computers and accessories that are needed to be ready for the launch of PARCC testing in the 2014-15 school year.