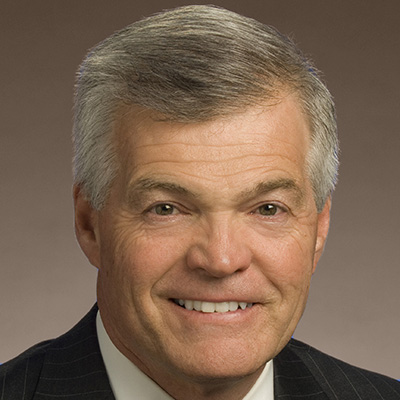 State Senator Jim Tracy (R-Shelbyville) has been appointed Speaker Pro Tempore of the Tennessee Senate. The announcement was made by Lt. Governor Randy McNally today as the 110th General Assembly concluded their organizational session.

The Speaker Pro Tempore, who is a member of the General Assembly's top leadership team, presides in the Lt. Governor's absence over the Senate's proceedings and performs other duties as assigned. Upon the announcement, Lt. Gov. McNally immediately handed over the Senate gavel to Tracy to conclude the 1st regular day of the 2017 legislative session.

"Senator Tracy's leadership skills make him a perfect choice for this position," said Lt. Gov. McNally. "I look forward to working with him and know he will be a great asset to the Senate and the people of Tennessee in this new role."

The Commerce and Labor Committee hears legislation dealing with economic development, business, insurance, and business regulations, as well as employment matters. The Senate Transportation and Safety Committee is responsible for highways, roads and bridges; railroads; air, bus and vehicular transportation; rules and regulations for highways, and facilities in connection with and navigation of waterways, lakes and streams; and the Department of Safety. The Education Committee is responsible for all K-12 and higher education legislation.

The General Assembly will take a brief recess to make office assignments and await budget details before convening the first full week of the regular 2017 legislative session on January 30.