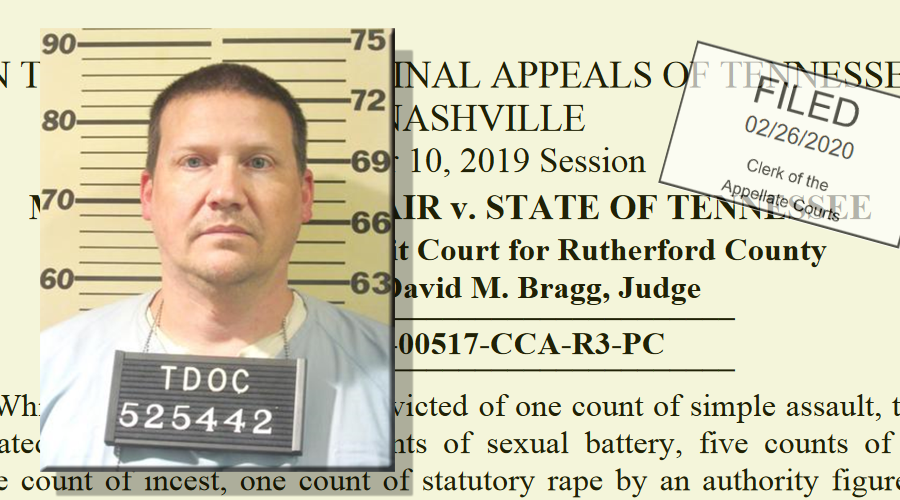 Whitehair filed with the Court of Criminal Appeals asking for Post-Conviction Relief. The 46-year-old said that he received ineffective assistance of trial and appellate counsel, among other things. After a lengthy hearing, the post-conviction relief was denied. The registered sex offender then appealed the denial of post-conviction help.

On Wednesday (Feb. 26, 2020), the appeal courts denied the relief and said that Whitehair failed to present clear and convincing evidence that he was entitled to relief. The official filing on Wednesday showed that the case dates back some ten years when he was originally indicted by a Rutherford County Grand Jury for victimizing an 11 year old girl.

The offender remains behind bars at the Morgan County, TN Correctional Complex. His sentence will end this coming May (5/26/2020).