Sheriff Arnold and Others to Appear in Federal Court August 2, 2016 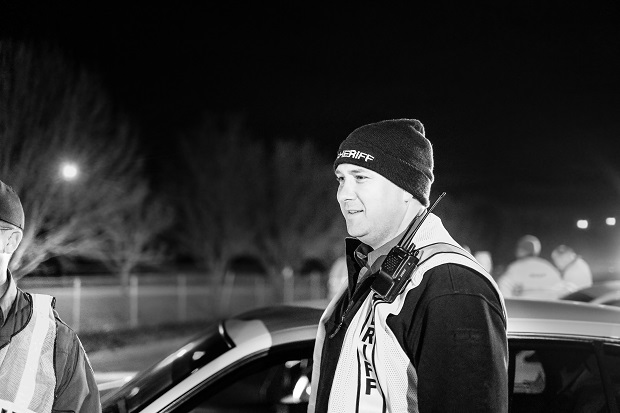 Sheriff Arnold at a past Sobriety Checkpoint on Broad Street in Murfreesboro.

Sheriff Robert Arnold will head to trial on August 2, 2016 in a Federal Court Building located in Nashville. Chief Administrative Deputy Joe Russell and Arnold's uncle, John Vanderveer will also head to court on the same date. All three face 14 federal charges that could land each of them behind bars for the next 95 years if convicted.

Both Sheriff Arnold and Chief Administrative Deputy Russell are pleading not guilty in the case.

Past Statements from County Commissioners and More:

Several individuals and groups are asking Arnold to submit his resignation.

One group is Tennesseans Against Public Corruption. In fact, according to Steve Lane that group has been working on filing an ouster suit for the past year.

Another group asking for the Sheriff to resign is the Rutherford County Democratic Party.

While WGNS was not granted access to the Sheriff to hear his take on the request of resignation, Sheriff Arnold told WGNS listeners in February...

Local Republicans have also called for Arnold's resignation. State Senators Bill Ketron and Jim Tracy have both released statements indicating that it would be best if the sheriff resigned.

According to guidelines, if Arnold resigns, the second in command would serve in the position until the County Commission appoints an interim sheriff to serve the remainder of the term. The second in command would be Chief Deputy Randy Garrett. Garrett joined the sheriff's office in 2010 after retiring from 34-years of service with the Murfreesboro Police Department.

Below is a press release that was sent out by the United States Attorney's Office: