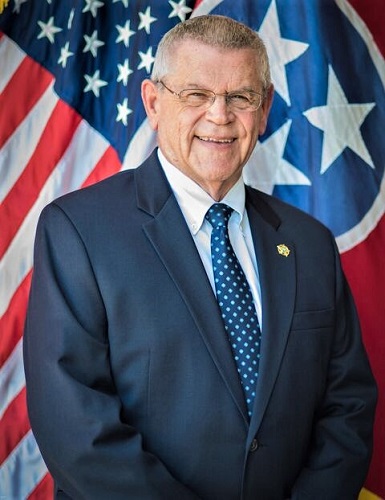 (MURFREESBORO) Sheriff Mike Fitzhugh urges parents to assist with talking with their children about the consequences of making false threats against schools and other students.

This type of inappropriate behavior has been on the rise, which has resulted in criminal charges and other disciplinary actions against school-age children.

Sheriff's Capt. Brad Harrison, who supervises the school resource officers, said two middle school students recently made false social media posts referencing violence and someone mentioned a student bringing a gun to school. These actions resulted in disruption at the schools and arrests.

The students referenced gun violence and warned students not to come to Blackman Middle School, Harrison said. The threats were thoroughly investigated and deemed unfounded, but resulted in the unneeded use of investigative resources.

"Due to the disruption the posts caused to the school, panic it created and services that were forced to be used to investigate the posts, the students were charged and now will have to appear in Juvenile Court," Harrison said.

SROs also investigated a report of an Oakland Middle School student threatening to bring a gun to school, the captain said. A thorough inquiry into the incident resulted in one student being charged. This student will also have to answer charges in Juvenile Court.

"We have heard students say that they were just joking about these types of comments, rumors or social media posts," Harrison said.

The Sheriff's Office and school system take investigating these type of actions very seriously and don't consider it a laughing matter.

Resources dealing with one of these false posts are astonishing, he said.

When students make these types of social media posts or comments, they must understand the disturbance creates fear among the student body, parents and faculty. It's a snowball effect.

Attendance suffers at the schools interrupting the educational process and creating more work for attendance officials. The school administration has to react and assist in the investigation. School secretaries are flooded with calls.

Law enforcement resources are strained. Dispatchers answer more calls inquiring about the threats. Officers and investigators are diverted from other responsibilities to investigate these incidents. If needed, additional officers may be required to go to the school for added security.

There are repercussions for these types of actions, both on the law enforcement side and with the school district. Students will be arrested.

Rutherford County Schools Safety Director David Crim said these types of inappropriate comments about school threats, even if they are done so as a prank, do not have a place in the school setting.

"They result in massive disruptions at school," Crim said. "To curb this behavior, the school district is taking a hard stance to prosecute and discipline students to the fullest extent if they are involved in this type of inappropriate activity."

If a student is aware of a potential threat to a school, they should immediately report it to law enforcement or a school official.

Harrison said continuing to spread a rumor or sharing posts about a possible threat impedes the process and delays the investigation and resolution of the issue.

"This could put the students and faculty at risk," Harrison said. "If a student sees or hears something, they must tell someone.

"We also are calling on the parents to help," the captain said. "We advise them to check their children's social media sites regularly and help us prevent the unnecessary fears and disruptions caused by false threats."