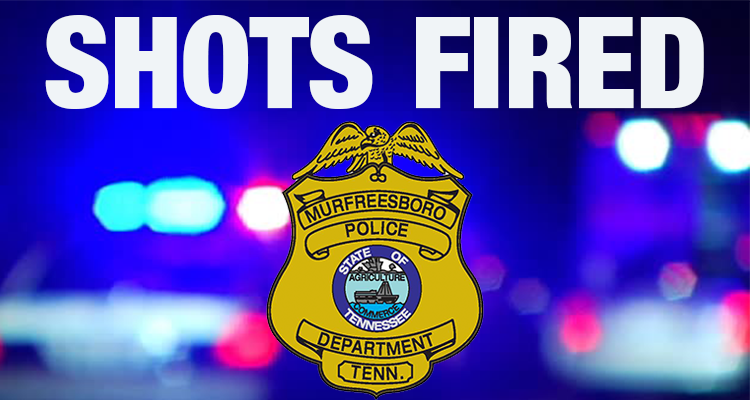 Once police arrived, four 9mm shell casings were found. Police also located damage to the side of the "G" building where three bullets struck the side as well as damage to the "H" building.

A Dodge Charger or Dodge Challenger was seen leaving the area at a high rate of speed by witnesses after the shots were heard Wednesday night.

Detectives took the case from patrol officers and are investigating the case. Reports from past drive by shootings show that this is not the first time shots have been heard followed by witnesses seeing a Dodge Challenger fleeing the area afterwards.

In December of 2017, a shots fired call was reported outside of Motel 6 on Chaffin Place. In that case, a Dodge Challenger was seen leaving the area. Police spotted the car and gave chase, but eventually terminated the pursit out of safety concerns for the general public. Also in December, police investigated a shots fired call in the area of West Clark Boulevard and Grantland Avenue in Murfreesboro. In that case, one witness saw a Dodge Challenger leaving the area while possibly chasing a SUV.

On Christmas Eve of 2017, a gas station clerk told police an unknown man entered his store wanting to buy cigarettes. When the cash register failed to work and the employee told the customer he could not sell the smokes until the register was fixed - the man stated, "I WILL REMEMBER YOU" and then left the gas station in a Dodge Challenger.

No arrests have been made in any of the cases.