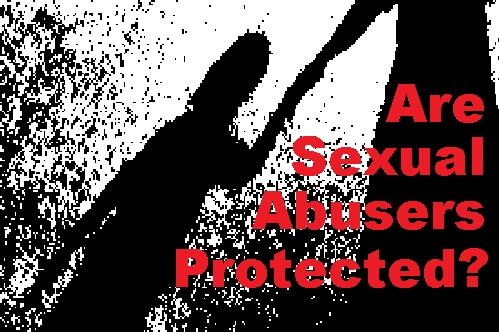 Murfreesboro Police are investigating an alleged rape of a female by her step father. Will Tennessee's statutes of limitations let this sexual offender roam freely? E-mail your thoughts anonymously to WGNS.

This week an adult female with children stepped forward and told Murfreesboro Police, "I tried several times when it was happening to tell family members, but no one listened." (MPD case # 18-680, 1/11/2018)

Now authorities are listening, but sadly the victim may find that Tennessee's statutes of limitations dealing with child rape cases may protect the culprits from prosecution.

Psychological counselors note that adult survivors of child abuse often hide this dark secret for decades. Some victims harbor this painful secret to their grave.

Shockingly, Murfreesboro police have video taped interrogations with suspects who actually confess that they are guilty. It's as if they want to release the shame that's been haunting them over the years. And even with taped confessions, Tennessee's statutes protect the child abuser and allow them to go unpunished.

The National Conference of State Legislatures gives more information about civil statutes of limitations dealing with child sexual abuse cases. Tennessee Code 28-3-104 and 28-1-106 both require the victim to file a suit within one-year of having reached their eighteenth birthday. Most counselors agree, that just won't happen!

The 110th Tennessee General Assembly convened on January 9, 2018. Is this an issue that you would like to see studied by our lawmakers? Let NewsRadio WGNS know your feelings. E-mail your anonymous comments to news@WGNSradio.com.