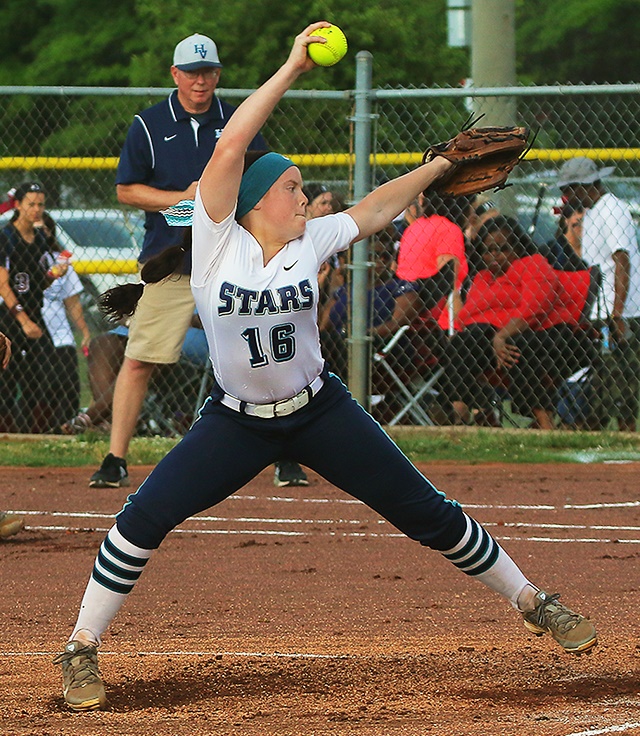 An Eleiyah Wade walk-off single scored gave Siegel a 3-2 win over Hardin Valley in 10-innings to open up play in the TSSAA Spring Fling. Lady Stars' junior pitcher Veronica Westfall struck out nine batters and allowed just two earned runs on four-hits. Wade reached base four times in the game. She was 3-for-4 with a walk, scored a run and drove in the winning run.

Siegel jumped out to an early 1-0 lead in the bottom of the first as Cede Loftis drove in Ciera Purvis. Wade led off the second inning with a double and wound up scoring the second run on a two-base error by Hardin Valley. The Lady Hawks put up a two-spot in the fourth to tie the game at 2-2, which was the score through the next five frames.

Siegel will take on Wilson Central Wednesday morning at 11:30 at McKnight Field #1. You'll hear the game on NewsRadio WGNS.