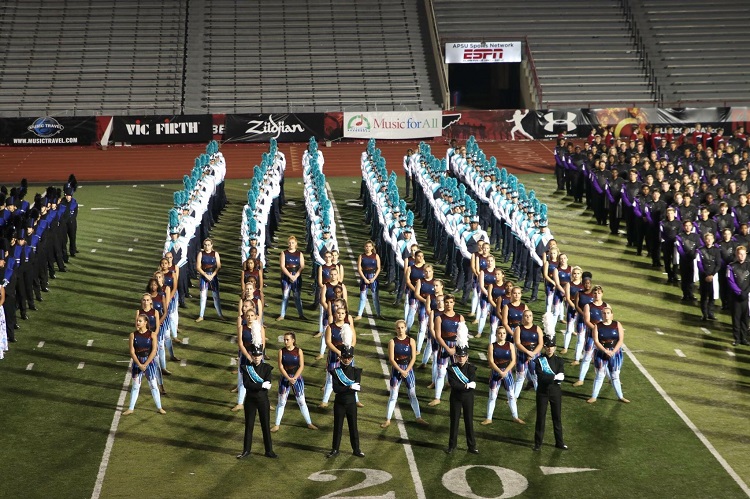 Murfreesboro, TN - The Siegel High School Marching Band will conclude their award-winning season in Indianapolis, IN, at the Bands of America Grand National Championship on Friday, November 9, 2018 at 8:00 p.m. EST. The band will take the field at Lucas Oil Stadium competing with over 100 bands from across the country. The Siegel High School Band is proud to be the first Rutherford County high school band to ever compete at BOA Grand Nationals.

The 180-person band will present their 2018 production, entitled Forbidden. The show portrays the Fall of Man by giving into temptation and unleashing knowledge into the world. The show takes a modern twist by showing the isolating effects of technology and challenges the audience to question if modern technology has ultimately had a positive or negative effect on us all. The Bands of America Grand National Championship's preliminary competition begins on Thursday, November 8th and the whole event can be viewed on-line atwww.flomarching.com.

Preparations began in early July with Band Camp and have continued with multiple weekly practices leading up to this final event. The Siegel Band began its competitive season by earning Grand Champion honors at the Hendersonville Golden Invitational before returning home to host the 4th annual Stones River Championship at Siegel High School. The band went on to set a new school record by earning a 6th place finish at the Bands of America Clarksville Regional held at Austin-Peay State University, finishing as the 2nd highest scoring band from Tennessee.