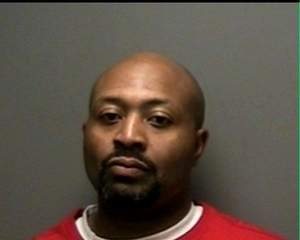 A Siegel High School teacher was charged Friday with one count of sexual battery by an authority figure, a Rutherford County Sheriff’s detective said.

Rutherford County Schools’ spokesman James Evans said Mathews was a criminal justice teacher at the school. Mathews passed all necessary background checks before he was hired in 2012. He is a non-tenured teacher.

“We are shocked and concerned about the charge,” Evans said. “We are cooperating fully with the Sheriff’s Office during the investigation.”

The school district has suspended Mathews without pay pending the outcome of the criminal investigation.

The teacher was booked into Rutherford County Adult Detention Center where he is being held on a $3,500 bond. A hearing was set July 8 in General Sessions Court.