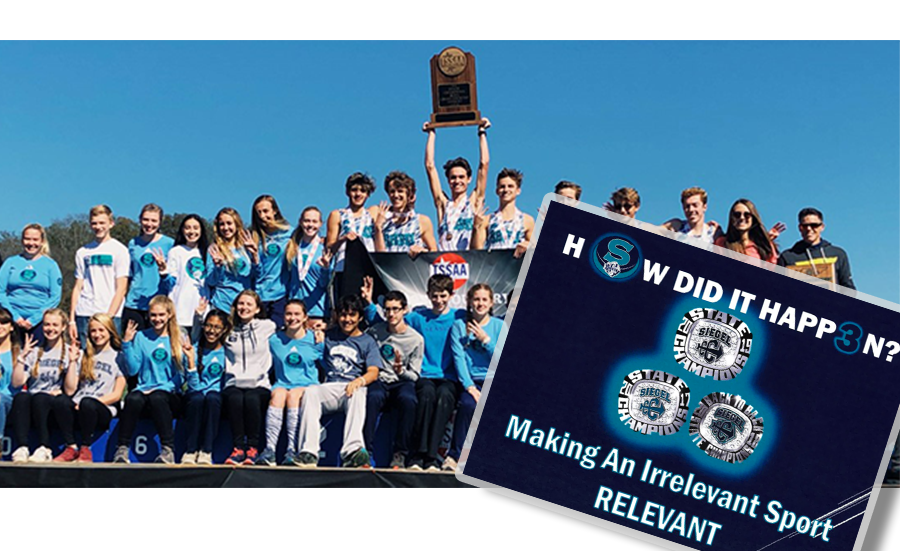 Phil Young just finished his 12th season as Head Cross Country Coach at Siegel High School, where he has taught for seventeen years. Truly passionate about raising awareness for the sport he loves, Young recently spoke at the 2020 Track and Field Coaches of Tennessee Clinic in Brentwood. His topic was how to make what is often considered an irrelevant sport relevant and how Siegel's Cross Country team is excelling.

Young helped lead the boys' cross country team to the 2017, 2018, and 2019 Division 1 Large School State Championship. In 2012, the girls team finished as State Runner-up and were led by 2012 individual State Champion, Nicole Gardner. In 2019, Canaan Anderson ran in the Foot Locker National Championship in San Diego.

During his 12 years, his teams have been incredibly consistent. The girls' and boys' teams have advanced to the State meet every year under Young's guidance, which includes 16 Top 10 state overall finishes (9 girls, 7 boys.) The Stars have won 11 Region 4 Cross Country Team Championships (7 girls, 4 boys) and 11 Region 4 Cross Country Individual Championships. He coached 18 Cross Country All-State Runners and since 2012, 19 Stars have run in college with eight of those at the Division 1 level.

Young has worked tirelessly to build a culture in Siegel Cross Country to include the team, parents, school, and community. Under Coach Phil Young's leadership, the team has been transformed from a group of participants to a unified body of competitors, and it shows.