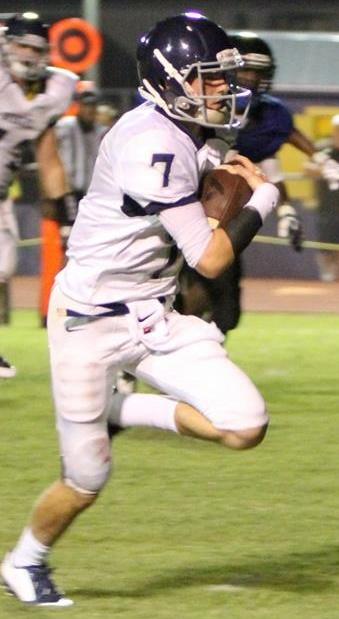 Siegel scored three unanswered touchdowns in the first half and held off Smyrna in the second to win their first district game, 21-14. The Stars took advantage of first half turnovers and miscues by the Bulldogs to go up 21-nothing at half. Siegel quarterback Jordan Middleton had eight carries for 87 yards, including the second score of the game...

Bryan Barrett and Jon Dinkins had the game on WGNS Friday night. Middleton finished the game 7-of-10 passing for 122 yards and he threw a touchdown.

After a scoreless third quarter which saw sloppy play, several unsportsmanlike conduct penalties on both teams and about 15-minutes of cold, driving rain, the Bulldogs came to life. They scored twice in about a four-minute span and were driving, with seconds left, for a potential tying score. However, on fourth down, a pass to Dallas Padgett was incomplete.

Smyrna's Austin Brown had 63-yards on 12 carries. Quarterback John Turner was 14-of-28 for 168 yards. Both teams were pretty evenly matched on the stat sheet.

The Stars improve to 2-and-5 on the year and pick up their first District 7-AAA win. Smyrna drops to 5-and-2. Both teams will be off Friday night during fall break.