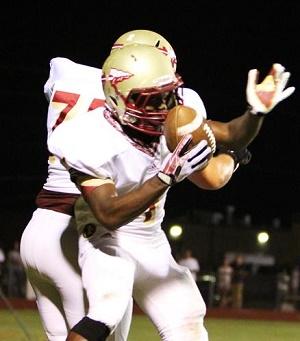 Rival week continues and the first games of the regular season for both Siegel and Riverdale will be on WGNS tonight (Friday). Bryan Barrett spoke with Coach Greg Wyant about starting off the district slate with the team that beat them in week 8 last year 21-to-19...

Coach Ron Aydelott of Riverdale talks with Jon Dinkins about playing a district game to start off the season...

WGNS coverage of Riverdale at Siegel begins at 6pm with the Thompson Services Friday Night Thunder Pregame Show at 6pm. The DirecTV by EnterSource Pregame Show kicks off at 6:30 with a 7pm game time. Plus, during the broadcast of the game, Monte Hale, Jr. will have report from Eagleville as the Eagles entertain Mt. Pleasant.

SUNDAY:
Oakland at Blackman 11am on WGNS