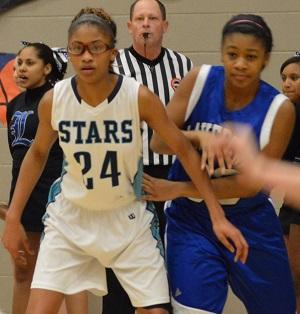 A strong second half start led the Siegel Stars to a 79-69 win over La Vergne to remain undefeated. Tied at 35, Siegel raced out to a double digit lead before settling for a nine-point third quarter lead. Charles Clark led the Stars with 27 points. Ryan Jones added 18, Braxton Eddings 12 and Aden Burton 10. La Vergne's Charles Sutton led his team with 19.

The Siegel girls won their second district game of the year, 50-31 over La Vergne. They avenged an overtime loss at La Vergne from earlier in the year. Allison Bush had three threes in the game for a game high 15. Erica Roberts followed with 14. The Lady Wolverines were led in scoring by Seana Morris' 9 points.