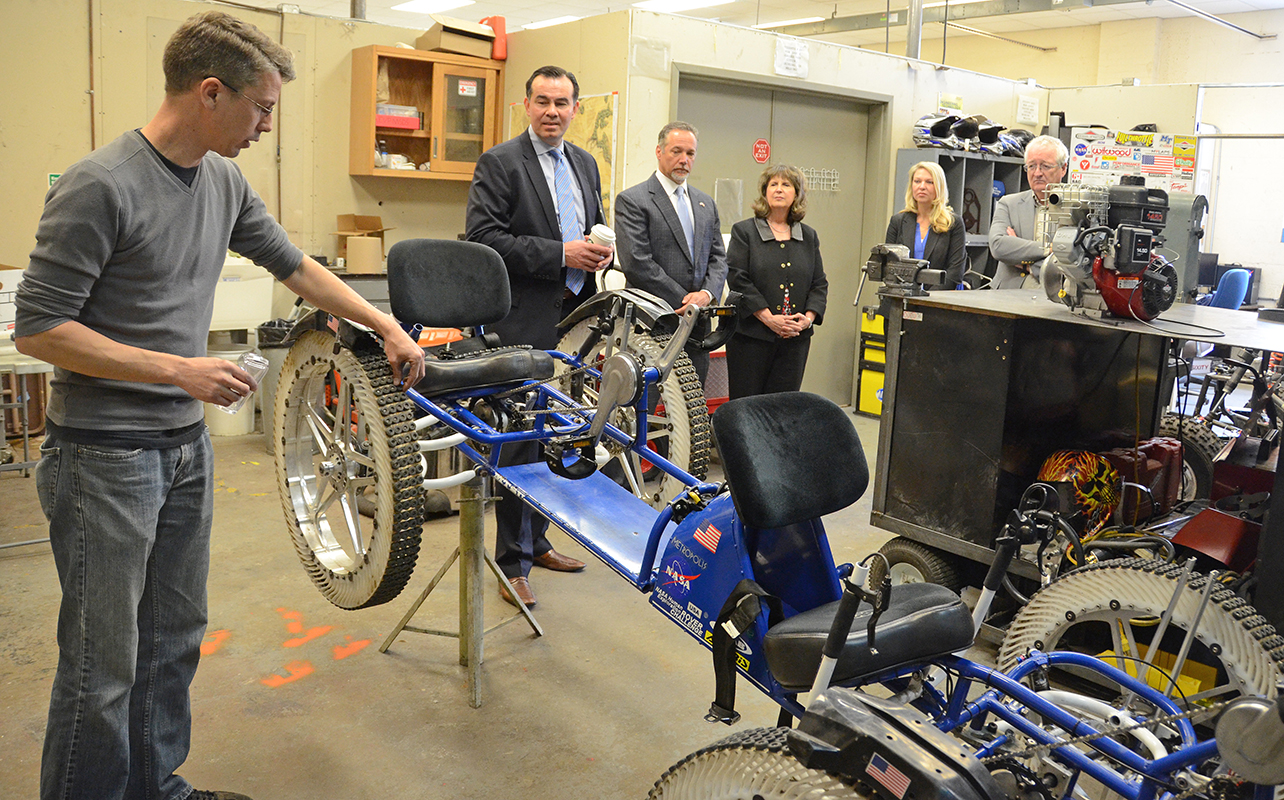 Representatives from Siemens and other interested parties visited MTSU March 22, touring the Department of Engineering Technology's mechatronics and other lab facilities as it considers building on the current partnership.

Dana Soukoup, vice president of Siemens Building Technologies Division in Chicago, Illinois, was joined by fellow Siemens officials Judith Bevels of Murfreesboro and Sara Mould of Nashville; Jimmy Davis of Murfreesboro-based The Davis Groupe; and Keith Hamilton, who retired in 2016 from Bridgestone Americas Inc. and continues to promote mechatronics engineering at all levels.

Mechatronics engineering is a multidisciplinary field of engineering with a combination of systems in mechanical, electrical, telecommunications, control and computer engineering.

Mechatronics is based on a three-level international certification program created by Siemens, a German engineering company. To date, MTSU is the only Siemens-certified Level 3 four-year mechatronics program in the world. To learn more, visit http://mtsu.edu/programs/mechatronics/.

Engineering Technology Chair Walter Boles led the entourage on the tour of mechatronics and engineering facilities. College of Basic and Applied Sciences Dean Bud Fischer joined them for tours of the new Science Building and just-renovated Davis Science Building.

The group had a business lunch with MTSU President Sidney A. McPhee, interim Provost Mark Byrnes and other MTSU officials.

Later, they toured the mechatronics facility at the Tennessee College of Applied Technology in Smyrna, Tennessee, and met with state officials in Nashville.