Six Decades of Country Music on Display at MTSU 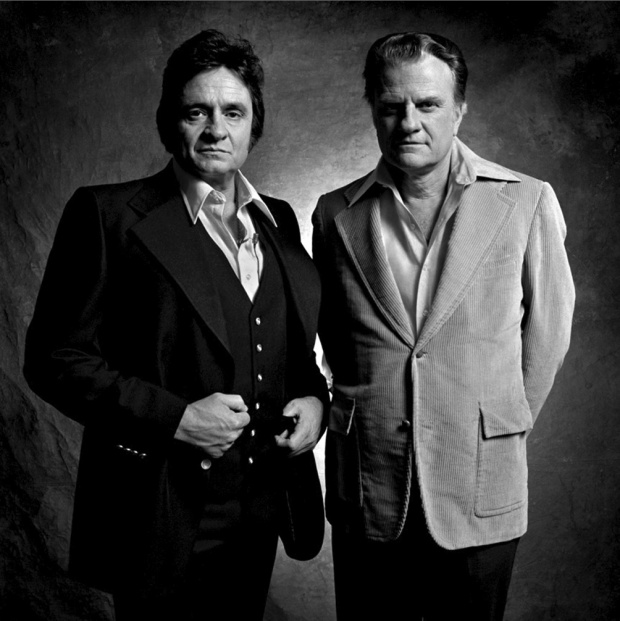 A new exhibit showcasing photos from six decades of country music captured by the lenses of three distinguished photographers opens Thursday, March 20, in MTSU’s nationally renowned Baldwin Photographic Gallery.
“Images of Country,” which features the work of Harold Baldwin, Jim McGuire and Russ Harrington, will run through Thursday, April 17, in the Baldwin Gallery’s new quarters on the second floor of the Bragg Mass Communication Building, Room 269, on campus.
An opening reception for the exhibit is planned from 6:30 to 8:30 p.m. this Thursday.
Baldwin established the photography program at MTSU in 1959 and established the photo gallery five years later, donated $100,000 in 2012 to sustain the gallery that bears his name. It reopened in January with a gala 50th anniversary celebration featuring a lecture and exhibit by photographic artists Jerry Uelsmann and Maggie Taylor.
A celebrated photographer in his own right, Baldwin’s work in this exhibit were shot backstage at the Grand Ole Opry between 1969 and 1971. His complete Grand Ole Opry collection is housed in MTSU’s Center for Popular Music, which is located downstairs from the gallery. 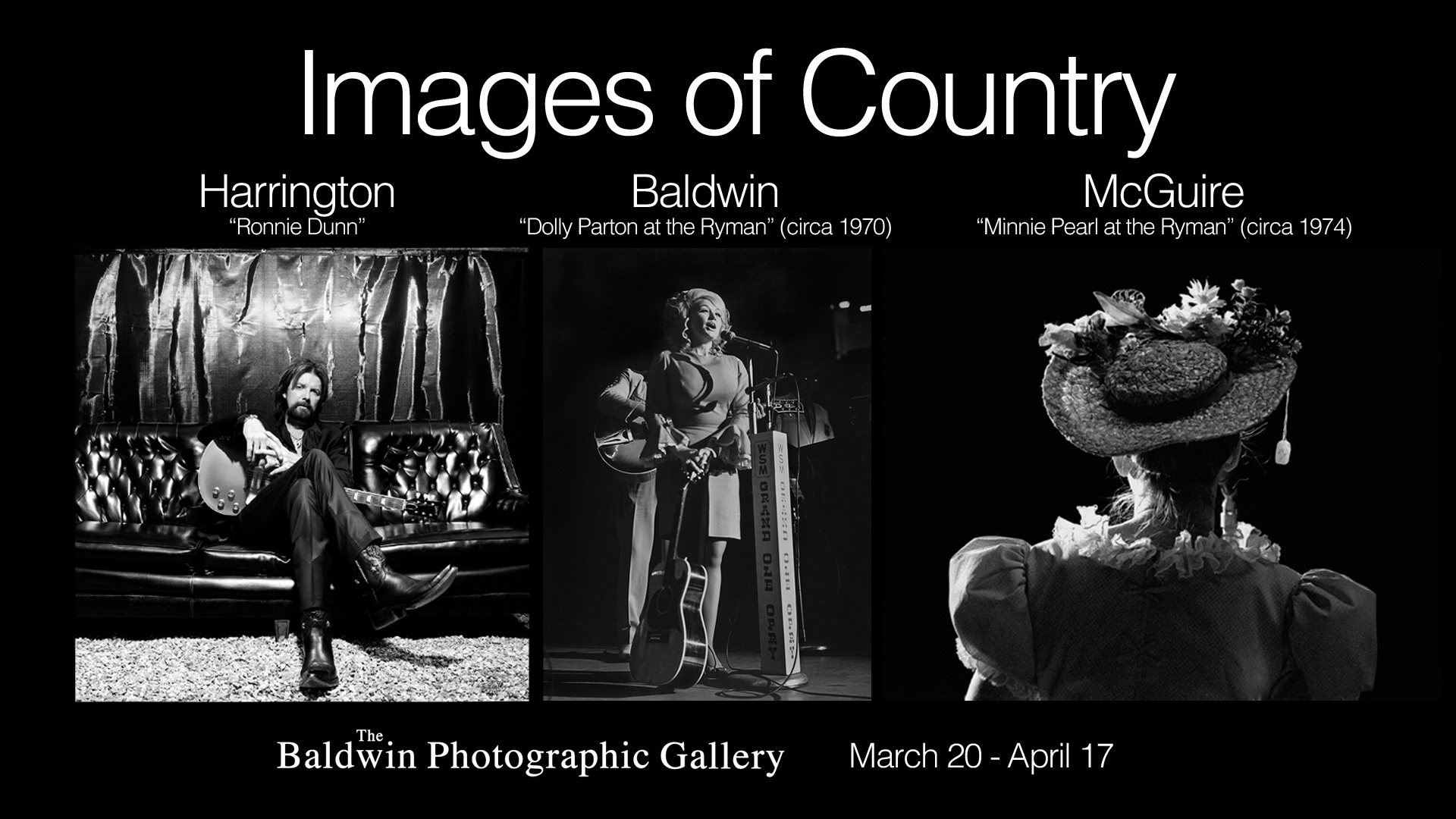 McGuire learned how to use a camera in Vietnam in the Air Force in 1964 and later began shooting bluegrass music festivals in Northern Virginia, which led to shooting album covers. McGuire has spent the last 40-plus years in Nashville in a small storefront studio, shooting album covers for major labels and big stars like Marty Robbins, Barbara Mandrell, Waylon Jennings and Bill Monroe.
His body of black-and-white images of musicians is now known as “The Nashville Portraits”; you can learn more about them at his website, http://www.nashvilleportraits.com.
Harrington, who studied photography with Baldwin at MTSU, established a photography practice in Nashville and has captured revealing images of the world’s most-photographed musicians and performers, including Loretta Lynn and Jack White, Robert Plant and Alison Krauss, and Brad Paisley. His portfolio features a who’s who of the music business, including Taylor Swift, Keith Urban, Al Green, Tim McGraw, Mary Chapin Carpenter, Dolly Parton and Reba McEntire.
Read more from:
News
Tags:
MTSU, MTSU news, Murfreesboro news, Murfreesboro radio, photo, photographs, photos
Share: