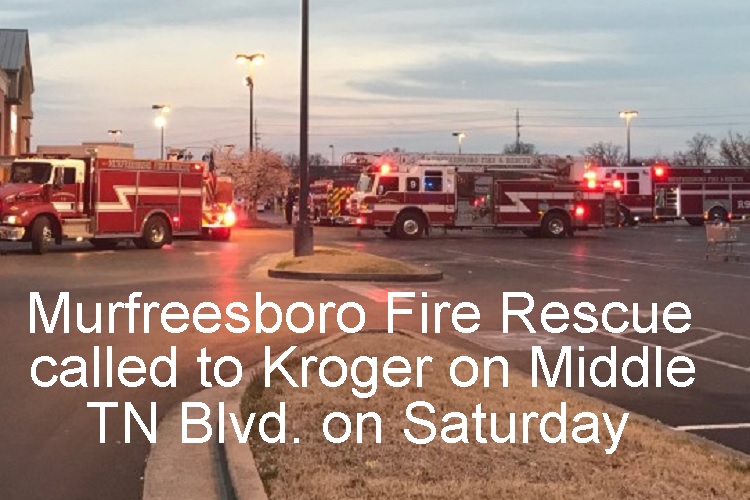 (MURFREESBORO) Murfreesboro Fire Rescue was called to Kroger Grocery at 1622 Middle Tennessee Boulevard this past Saturday (11/16/2019). The person who called for help told telecommunicators that there was a strange smell throughout the store.

Units from Station 3 Mercury Boulevard were quickly on-the-scene and did a thorough search of the complex. Smoke and flames were not visible, but firefighters did notice the unusual smell in the air.

They checked every part of the grocery store, but nothing was found. Kroger's on Middle Tennessee Boulevard was closed for several hours, but management had corporate crews come in to the Murfreesboro facility.

A spokesperson at the store told WGNS that fans blew the smell out and they are back open for business.

A report from Murfreesboro Fire Rescue's Fire Marshal will be released Monday (11/18/2019).