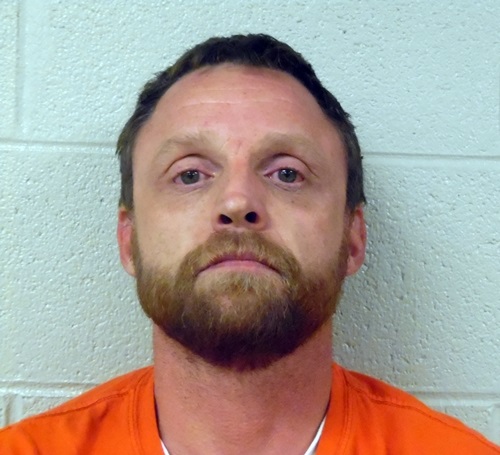 David Scott Kelnhofer of Smyrna was arrested Tuesday after a Coffee County deputy found him to be in possession of drugs.

The man was stopped by a deputy for a traffic violation after Coffee County Investigator James Sherrill observed Kelnhofer texting and driving erratic. As officers approached the SUV they allegedly observed drug paraphernalia laying in the seat.

Personnel with the sheriff's department searched the man and allegedly found a plastic container with two baggies of meth weighing one and a half grams. Among other things allegedly found was another baggie containing a quarter gram of meth along with digital scales, needles and other items.

Kelnhofer, 40 of Seminary Road, Smyrna was charged with manufacture/delivery/sell of a controlled substance and possession of drug paraphernalia.

Kelnhofer was booked into the Coffee County Jail under a $17,500 bond. He is to appear in Coffee County General Sessions Court Sept. 28.