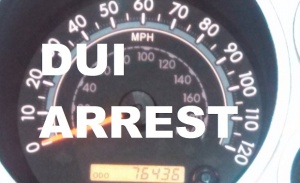 A 22-year old Smyrna man has been arrested by Murfreesboro Police after being found asleep in his car outside a bar.

Officer Randall Gaines reports Jessee Taylor of Sandi Court in Smyrna was discovered inside his running car outside Gentleman Jim's on East Main. When the officer approached the vehicle, he found Taylor asleep inside. About 20-seconds went by before the officer reports he could awaken Taylor.

After detecting a smell of alcohol, a field sobriety test was given to Taylor. He was then charged with DUI. Inside his vehicle's back seat was a Glock 43 handgun, loaded with six rounds of ammunition.

Taylor was not only charged with DUI, but also possession of a firearm while intoxicated and violation of implied consent after refusing a blood alcohol test. He'll be in General Sessions Court January 16th.