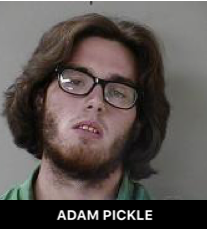 When Bush arrived on the scene around 2:30 Monday afternoon, he was told the suspect fled when a worker came out and asked if he needed police. The suspect drove away in a silver Honda Accord. Detectives took over the investigation. It was during questioning they discovered Pickle allegedly made some false statements and he knew his attacker.

It was also during this time that authorities realized Pickle had an active warrant for failure to appear. He was taken to the Rutherford County Adult Detention Center on a five-thousand dollar bond.