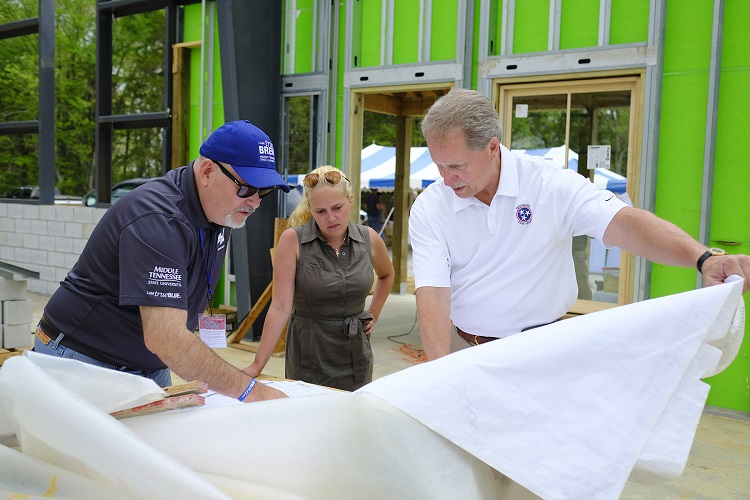 Attendees of the Brewers Association's national 2018 Craft Brewing Conference in Nashville got a sneak peek last week (May 4) of MTSU's Fermentation Sciences laboratory under construction at the Hop Springs agritourism destination being built by Steel Barrel Brewery.

Conference-goers were offered bus rides from Nashville's Music City Center to the Hop Springs site, where they sampled Steel Barrel beers and reviewed plans for the facility.

Johnston will oversee a hands-on laboratory and research site being built as part of the Hop Springs facility. Steel Barrel's brewing headquarters, anticipated to be complete by fall 2018, will also feature a 2,000-seat amphitheater, a 10-acre hop field, wet and dry dog parks and scenic hiking and biking trails.

Also attending the event was state Sen. Bill Ketron, R-Murfreesboro, who sponsored legislation that enabled MTSU to create the fermentation science program, which opened up to students in the fall of 2017.

"The collaboration between Steel Barrel Brewery and MTSU is critical for our program," Johnston said. "It represents the commitment MTSU has to serve the industries our students may enter upon graduation."