So far, no increase in crime due to COVID-19 for Rutherford County, TN 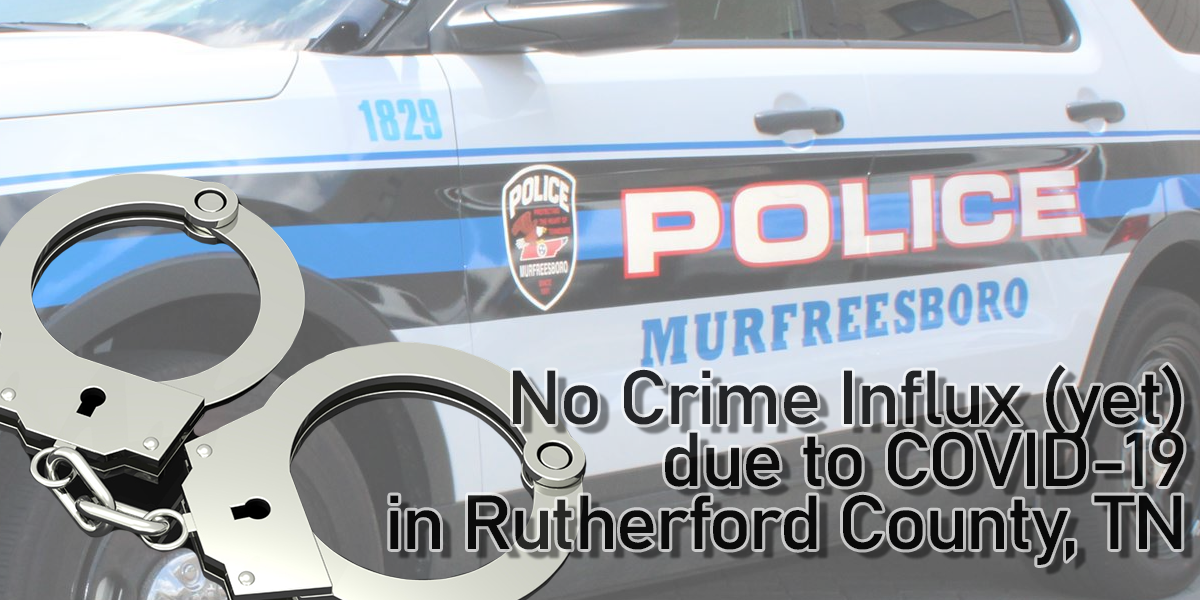 At this point, there has not been an uptick in crime, according to Larry Flowers, Murfreesboro Police Spokesperson.

Crime Data Analyst Ashley N. Smith stated, "In the past five (5) days, there have been eleven (11) calls for service regarding break-ins with only five (5) of those calls resulting in a case. The other six were either cleared by dispatch, resolved, or had no report filed. There have been zero (0) robberies called in and two (2) burglaries were reported on 3/15 and 3/16."

Smith said, "Overall, we have not seen a dramatic increase in crimes within the past five days."

WGNS will continue to follow everything going on with the community and COVID-19.